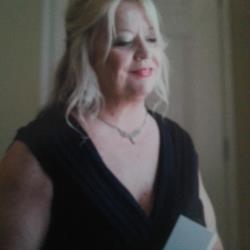 I have been a Palatine resident for over 32 years. As an Ambassador of The American Cancer Society - Lakeshore Division, I have been involved with Relay For Life since 2004 first in Nebraska and then in Illinois.
As an ambassador for ACS, I have been involved in such capacities as Steering Committee Member, Entertainment Co - Chair, Food Committee, Team Captain and team member.I began volunteering for ACS in 2004 by organizing our first employee team - building activity for SPARTA, Inc. By forming our own SPARTA, Inc, team successfully, this activity grew so popular that the following year I recruited a Team Captain and formed another team.